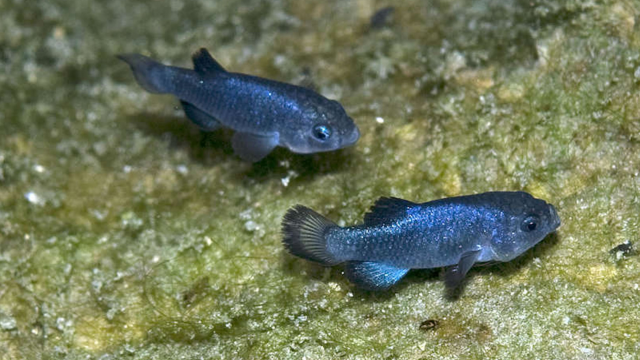 Now being reintroduced into the wild, this ferret was once almost extinct due to habitat loss and non-native disease. It is the only ferret species native to North America and can grow up to 2 feet long.

A fisherman and naturalist named Richard M. Kemp was the first person to identify the Kemp’s ridley sea turtle. While nest protection and expansion efforts have increased this turtle’s population, it still remains the most endangered sea turtle species globally. This is partly due to a lack of fishing regulations, leaving the turtles victim to bycatch and egg collection along the shallow waters in the Gulf of Mexico.

The Cape Sable Seaside Sparrow can be found in freshwater and marsh habitats, never traveling far from their nest. This bird has been threatened since 1930 by the drastic habitat changes of the Everglades.

This endangered amphibian is endemic to the Shenandoah National Park, where it received its name. It can only grow up to 10 centimeters long and breathes through its skin. The restricted range of conditions in which this salamander can live has caused it to be classified as endangered.

Desert Pupfish can only live a maximum of three years and help control mosquito populations in the Death Valley Area. Its tolerance for extreme conditions includes water temperatures up to 108 degrees Farenheight and 0.1ppm oxygen levels. The destruction of its habitat and expansion of non-native species have caused their population to decline.

The 200 to 700-pound grizzly bear is common in prairies and mountains in the western United States. It can run up to 40 mph, climb trees, and have a lifespan of 15 to 30 years. It is considered to be a threatened species because of habitat loss and hunting.

The bull trout, known for its large head, is native to the Northwestern U.S. and can weigh up to 30 pounds. Their tolerance range is small, requiring cool waters and diverse habitats. They are now considered endangered due to the construction of roads and dams.

The Chinook Salmon utilizes both a freshwater and saltwater habitat, mating in freshwater streams and eventually reaching maturity in the Pacific Ocean. This species is continually threatened by habitat loss, overfishing, and exploitation of water resources.

The mission blue butterfly is native to Bay Area and was first discovered in San Francisco. It was classified as endangered in 1976 due to poaching and climate change, along with its larval host plant, the lupine, also becoming threatened.

Found only in the main and northwestern Hawaiian Islands, the Hawaiian monk seal lives a solitary lifestyle and can dive more than 1,000 feet to reach its prey. The species has been endangered since its continuous decline in the mid-20th century. Threats to this species include habitat loss, fisheries, hunting, and lack of food resources.