10 Powerful African American Heritage Sites You Should Know About 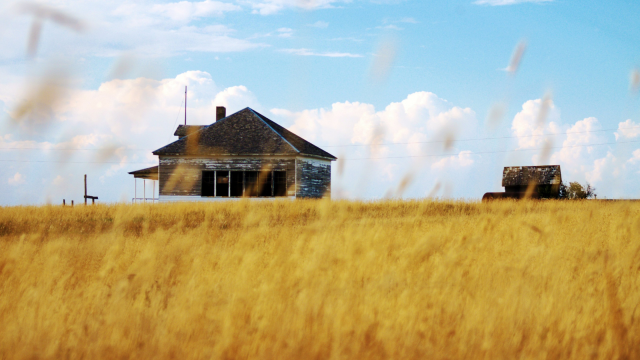 In recent years, the National Park Service has made increasing efforts to tell the stories of all Americans – celebrating the diversity that makes our nation so special. African Americans have made vast contributions to our national culture and heritage, and of course, our national parks.

These 10 national monuments and historic park sites tell some of their remarkable stories.

A chilling discovery of a burial ground in lower Manhattan uncovered over 15,000 African Americans buried at this site. The monument memorializes slavery’s role in shaping early New York City.

Located in what was once known as the “promised land” of Kansas, the Nicodemus National Historic Site is the last African American settlement from the Reconstruction period located west of the Mississippi River. This site recounts how many formerly enslaved African Americans migrated westward seeking a better life.

To commemorate the great abolitionist and woman best known as the “Moses of her people”, this national monument recognizes Harriet Tubman’s bravery and contributions in leading almost 70 enslaved people to their freedom. The memorial and the surrounding lands tell the story of Tubman’s heroic life.

This monument is the birthplace and childhood home of the famed scientist, educator, and inventor. Established in 1943, it is the first unit of the National Park Service dedicated to an African American.

As a young child known as the “Plant Doctor”, Carver often tended his secret garden while observing the day-to-day operations of a 19th-century farm. Nature greatly influenced him in his quest for education which led to him developing hundreds of food products.

Carter G. Woodson, known as the “Father of Black History”, passed away in this “office-home” on April 3, 1950, at the age of 74. The nation recognized his achievements when his home was declared a National Historic Site by Congress in 2003. In 2006, the Carter G. Woodson Home became the 389th unit of the National Park System.

Woodson’s best-known contribution occurs every February. He initiated the celebration of the first “Negro History Week” in 1926, focusing on black history. Over the years, support grew, and in 1976, the celebration was extended to an entire month, now called “Black History Month.”

Plan a trip to Topeka, Kansas, and learn about the leading fight that led to the desegregation of our educational institutions. The case decided here was one of the cornerstones of the civil rights movement that helped establish the precedent that “separate-but-equal” education and other services were not, in fact, equal at all.

Tuskegee Airmen National Historic Site, at Moton Field in Tuskegee, Alabama, commemorates the contributions of African-American airmen in World War II. Before 1940, African Americans were barred from flying for the U.S. military. Civil rights organizations and the black press exerted pressure that resulted in the formation of an all African-American pursuit squadron based in Tuskegee, Alabama in 1941. They became known as the Tuskegee Airmen.

The Tuskegee Airmen overcame segregation and prejudice to become one of the most highly respected fighter groups of World War II. Their achievements, together with the men and women who supported them, paved the way for full integration of the U.S. military.

Most of this historical park property consists of 4 acres within Louis Armstrong Park leased by the National Park Service. There is a visitor center at 916 North Peters Street and a concert venue, several blocks away in the French Quarter. The park shares the cultural history of the people and places which shaped the development and progression of jazz in New Orleans.

New Orleans Jazz National Historical Park is located in the Tremé neighborhood of New Orleans, near the French Quarter, and was created in 1994 to celebrate the origins and evolution of jazz.

The Booker T. Washington National Monument near Hardy, Virginia, preserves portions of the 207-acre tobacco farm where the educator and leader was born into slavery on April 5, 1856. The site relates the story of Washington’s life and achievements, and explains the intricacies of 1850s slavery and farming through the use of buildings, gardens, crafts, and animals.

At this site, The Pullman District of Chicago witnessed the first major labor agreement between a U.S. company and an African American union. It is also significant for being the first planned industrial community in the United States and for its origins in the Pullman Company, a railroad car manufacturer. It was also the scene of the violent 1894 Pullman strike.

President Barack Obama designated Pullman as a National Monument on February 19, 2015. It became the first unit of the National Park Service in Chicago.