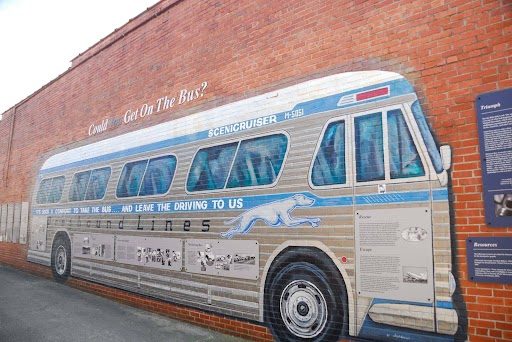 “If not us, then who? If not now, then when?” – Congressman John Lewis (GA), former Freedom Rider.

By the mid-20th century, Black Americans began the unprecedented fight for social justice, known as the civil rights movement. While the struggle for equal rights took place nationwide, three historical sites have a unique connection to the movement, all of which are celebrating their sixth anniversary in January 2023.

The story of the Freedom Riders is one of courage and resilience. Over sixty years have passed since the Freedom Riders bravely took a stand against segregation and discrimination in the United States, and we are still learning from their determination today. This national monument honors this group of activists and educates visitors on the history of the civil rights movement in the U.S. Visitors can read the interpretive panels and take a moment to reflect on the strength that the Freedom Riders exhibited in the face of violent opposition.

In May 1961, a small interracial band of 13 student activists from the Congress of Racial Equality launched the Freedom Rides on interstate buses and at bus terminals to challenge the unconstitutional segregation laws and practices in the Deep South. The student activists – seven black and six white – boarded two buses in Washington, DC, under the encouraging eye of Dr. Martin Luther King, Jr., a civil rights leader who encouraged nonviolent protest. By May 14th, they had made it as far as Anniston, Alabama, where, upon arrival at the Greyhound Bus Depot, the first bus and its riders were attacked by a white supremacist mob. Media coverage of this violence against the Freedom Riders inspired many Americans to take action, resulting in the federal government finally banning segregation in interstate bus travel.

Today, the site adjacent to the Anniston Greyhound Bus Depot features a mural titled “Could You Get On The Bus?” Completed by Joseph Giri, it portrays a bus similar to the one that carried the Freedom Riders. It is complete with signage that tells the story of how these original 13 student activists substantially advanced the fight for civil rights and equitable access to public facilities.

While the site of the former Anniston Greyhound Bus Depot is not open to the public, the National Park Service is looking towards this goal.

This month, besides celebrating the anniversary of these three historically essential parks, the National Park Service will offer its first fee-free entrance day of 2023 on January 16th, Martin Luther King Jr.’s birthday, to honor his memory and the civil rights movement he inspired. We invite everyone to learn from these activists and their stories and take advantage of the rich cultural history at parks throughout our country.