History at the Homestead National Monument 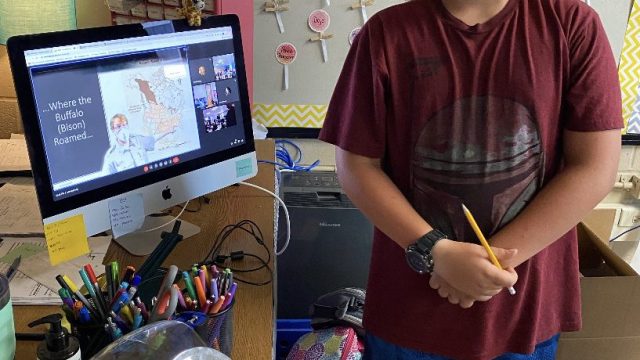 In May, my elementary school in Bowling Green, Kentucky, worked with the Homestead National Monument and the National Park Trust to learn about the Homestead Act, early American settlers, and Native Americans.

All four fourth grade classes got to participate in several activities and a history lesson.  The lesson was about life on the plains before the settlers and about the settlers themselves trying to build their farm and homesteads.

Some of the cool things we learned about were that Native American buffalo shields, made from buffalo hides, could take about 10 arrows until it would break or have a hole in it. We also learned that occasionally there would be a white buffalo and the Native Americans thought that meant they would have a good hunting season, or that it meant that they wouldn’t have that many deaths. We also learned about buffalo wallows. Buffalo wallows are where the buffalo would roll around on the prairie and creates flat land that holds rainwater and runoff. Some of the settlers would plant crops in the wallows.

For the first activity in home room, we got to build notecard towers. This is like the homesteaders because it shows how hard it was for the pioneers to build houses. My team and another team won the building competition because other teams notecard towers fell down first.

For the third activity we got to create a marble maze. It was hard but, it was super fun. This represents the pioneers and how they could get lost in the unknown terrains. They often had to backtrack or find other routes to get to where they wanted to go.

Finally, the last activity we had to make was a tower out ofmarshmallow and pasta. This was super hard because the pasta noodles kept on breaking, and they would break some much that it was as small as a pencil cap eraser. This symbolized the pioneers because just like the pioneers we had to overcomehardship and disappointment to finish the task as best we could.

It was a super fun day with the Homestead National Monument and fun way to finish out our school year!