Kate’s Adventure to Acadia and Shenandoah 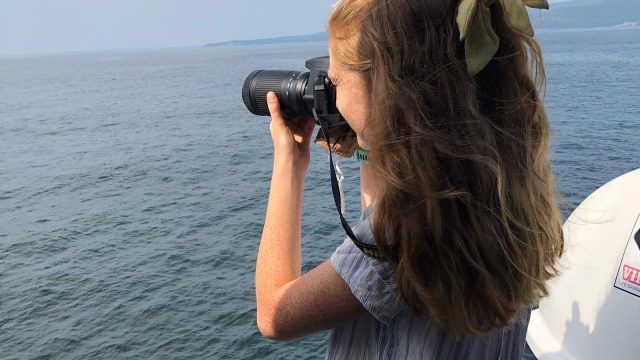 This summer I was fortunate to have the chance to visit two national parks, something I was very excited about, especially because I wasn’t able to last year due to the pandemic. In July, I spent a day at Shenandoah National Park in Virginia with my extended family. We hiked a small portion of the Appalachian Trail, which spans from Georgia to Maine! During my time in the park, I also made a point to stop at some of the many scenic outlooks to take pictures of the Blue Ridge Mountains. Before leaving Shenandoah, I hiked the Dark Hollow Falls Trail, a picturesque waterfall route.

In August, I went on a week-long trip to Acadia National Park in Maine. On my first night; my family, friends, and I went stargazing on Cadillac Mountain. It was especially meaningful to all of us because we can’t see any stars back at home. The next morning, we went back to Cadillac Mountain for a hike on the rocks, which was fun to do. After that, we drove Park Loop Road, the main road in Acadia, making frequent stops at outlooks and short trails. We particularly enjoyed walking along Ocean Path, which brought us to Thunder Hole, an amazing natural phenomenon of waves consolidated in an inlet that sounded like thunder! The following day, I was super excited to see seals and puffins on a sightseeing boat to Schoodic Peninsula, a remote part of Acadia National Park.

On my third day in the park, we kayaked and swam in Long Pond, a calm, peaceful body of water. Not long after, my group and I hiked up Beech Mountain to an overlook with an old fire tower that provided beautiful views of the park. Later in the day, during low tide, we hiked to Bar Island. To get there, we had to cross a land bridge from Bar Harbor that was only accessible during low tide and was submerged in water at high tide. The island is part of Acadia National Park and has great views of the town across. The next day, we hiked to Bubble Rock. There is a boulder on the edge of the cliff and matter how hard you push, it doesn’t fall. The boulder was likely placed there by glaciers millions of years ago. There is normally a fantastic view of Bubble Lake, but it was too foggy out to see it. From there, we went down to Jordan Pond and hiked around it, walking on anything from rocks to the boardwalk.

On the fifth day, my family and I did the Bowl Hike, which goes up over slippery rocks to get to The Bowl, a scenic body of water. The trail diverges to the famous Beehive Trail, which I didn’t do, but seems very intense and fun. On my last day in Acadia, I first did the Ship Harbor Trail, which overlooked the Atlantic Ocean and the Ship Harbor inlet. I saw crabs, barnacles, and snails there. Before leaving, I completed a hike from Echo Lake Beach that went up into the mountains with steep steps and ladders on the sides of the cliffs. It was a rewarding hike to see the extraordinary outlook before climbing down and swimming in the refreshing Echo Lake.

I now treasure the experiences I have and the memories I made at two of America’s national parks. They have provided me with the opportunity to learn more about the natural world while becoming more active outside.

Check out Kate’s Instagram, where she showcases all of her national park adventures!