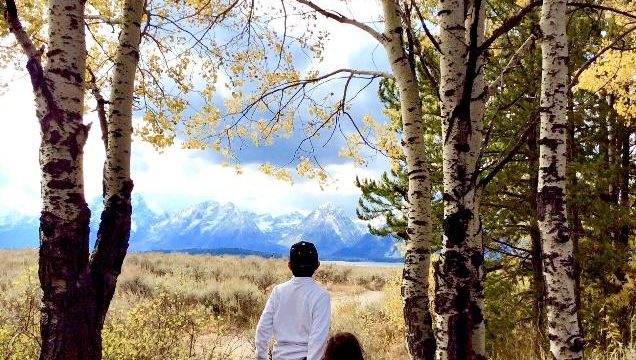 Originally published on AZCentral by Karina Bland on March 26, 2019

Bryan Wilson has been dog sledding in Alaska, been soaked at Niagara Falls and stood in the shadow of Mount Rushmore.

He saw a grizzly bear at Montana’s Glacier National Park. At Alaska’s Denali National Park and Preserve, he saw 16 bald eagles, 11 moose and six caribou in a single day.

Not bad for a 12-year-old who used to complain he was bored.

Two years ago, Bryan moved with his family to the Navajo Nation when his dad, a physician with the U.S. Public Health Service Commissioned Corps, was stationed there.

It’s a beautiful place, Bryan said. But he attends school online and no other families with kids live in the employee housing.

Bryan asked his mom if he could start an Instagram account. Sure, she said, if he made it educational by focusing on national parks.

Bryan had discovered national parks while researching a fourth-grade project. His family lived in Florida and on a trip to Colorado, they visited Rocky Mountain National Park, snowshoed around Bear Lake and sledded in Hidden Valley.

In May, he was named a Buddy Bison Student Ambassador for the National Park Trust, one of four in the country, to promote public lands and share what he learns.

Bryan volunteers at Navajo National Monument, where there are three well-preserved cliff dwellings, answering questions at the information desk and giving tours.

“There’s so much that the national parks preserve, from the smallest little plant to the biggest bison,” Bryan said.

It’s given Bryan a purpose.

He knows he wants to be a park ranger. And then? Secretary of the Interior.