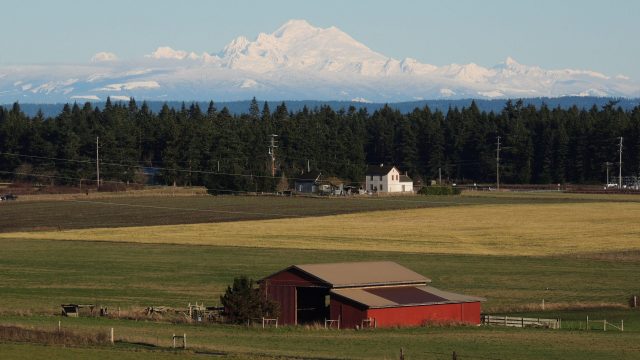 National Park Trust, Historic Whidbey, National Park Foundation, National Park Service, and numerous local partners worked collectively this month to preserve one of Washington state’s oldest homes and a critical parcel of shoreline within Ebey’s Landing National Historical Reserve on Whidbey Island. Thanks to this partnership, the 150-year-old Haller House will be preserved, maintaining the historical landscape of downtown Coupeville, WA, as well as the shoreline of the property which connects the house to Penn’s Cove.

The Haller House is an exceptional representation of the pioneering life that Americans established in 1860’s Coupeville, WA. The house was initially built in 1859 before Colonel Granville Haller, a Civil War veteran, arrived on Whidbey Island in 1866 and purchased the property. Haller added the larger two-story portion of the home. The property once included a large warehouse and store along the waterfront of Penn’s Cove which supported the town with dry goods through Haller Mercantile.

“Ebey’s Landing National Historical Reserve was established forty years ago based on the understanding that historic preservation would require close cooperation among all levels of government and between the public and private sector.  In celebration of the Reserve’s 40th anniversary, we sincerely appreciate the assistance provided by the National Park Trust in helping to preserve this important heritage asset. Their assistance is a shining example of the Reserve idea in action.”

Now that the home has an easement to protect the historic nature of the property, Historic Whidbey will begin work to revitalize the home to its former glory while keeping the exterior of the house historically accurate. Thanks to an unusual history of ownership, the house has never been modernized and remains mostly historically intact to the late nineteenth century. The house will eventually become a heritage center to tell the history of Washington’s Territorial period.

Though the acreage of this lot is small in comparison to the 19,000+ acres that make up Ebey’s Landing National Historical Reserve, the history of this downtown home and its access to Penn’s Cove made it a critically important parcel for the National Park Service. In 2013, The Washington Trust for Historic Preservation listed the Haller House as one of the state’s ‘Most Endangered Properties.’

“When contacted by the National Park Service about the shortfall of funds needed to complete this important project, we were pleased to be able to respond quickly to close the gap in a timely fashion. We saw it as a unique opportunity to keep the historical landscape of pioneer-age Washington intact.”

National Park Trust’s donation to complete the project was provided by the Park Trust board member Kevin Seth.

“As a new member of the board, I was delighted to help National Park Trust in its mission to preserve and protect our critical national parks, especially when there was a sense of urgency to complete this historic project.”

National Park Trust is a non-profit dedicated to preserving parks today and creating park stewards for tomorrow. The Park Trust is the only land trust with a comprehensive mission of protecting national parks through land acquisition and creating a pipeline of future park stewards by getting kids to parks. Since 1983, the Park Trust has completed 70 land projects in 31 states, 1 US Territory, and Washington, DC. This school year the Park Trust will provide an estimated 27,000 kids with park trips through their nationally recognized Buddy Bison School Program and Kids to Parks Day National School Contest, both of which support Title I schools.

Find out more at www.parktrust.org