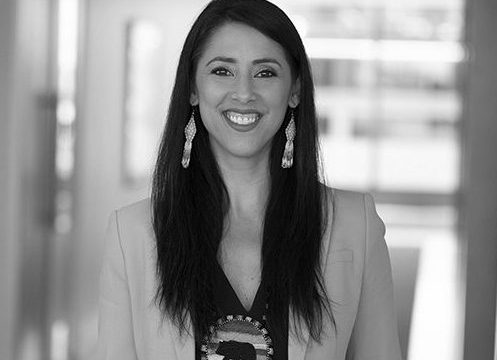 Katie, an enrolled member of the Ponca Tribe of Nebraska, and also Santee Sioux, grew up in Nebraska and chose to go to law school to protect and promote tribal sovereignty.

“When I was a young girl I vividly remember stories my mother would tell me of her grandfather, the last Chief of the Second Rank of the Ponca Tribe and of her mother who served on our Tribal Council, and their work on behalf of our Tribe. I also remember when our Tribe was going through the process of being Federally restored in 1990.  At the time, I did not quite grasp the significance of our Tribe having been terminated by the United States government in the 1960’s and then restored by an Act of Congress but I saw the unrelenting and tireless work that our tribal leaders underwent to regain our status as a Federally recognized tribe and I knew that I wanted to follow in their footsteps to work on behalf of Native people and Native issues.”

Katie graduated from the University of Nebraska-Lincoln and Columbia Law School.