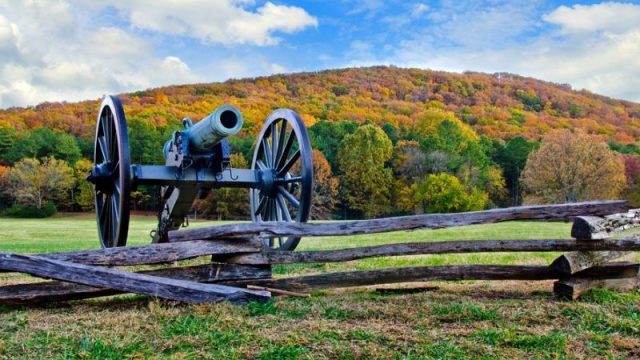 The Park Trust funded the due diligence, which is the research into past ownership and environmental conditions to ensure accurate and valid deeds and an acceptable level of environmental quality. The transfer to the National Park Service added an important portion of the active battlefield to the park.

The Hayes Farm was in an area of rapid development; a 58-acre parcel of land adjacent to the farm could not be acquired and was subsequently purchased and developed into a 40-house subdivision.  The land incorporated into the park was a section of Union Army lines during the battle, which still had remnant entrenchments, rifle pits, and cannon emplacements.

The Battle of Kennesaw Mountain, from June 19, 1864, until July 2, 1864, was part of Union General William Sherman’s Atlanta campaign. Sherman’s superior force was stopped by the rugged terrain and Confederate troops holding the high ground. He suffered three times the casualties that the Confederate army did. Though his attack was stalled, he sent a force around the Confederate lines and made them retreat toward Atlanta.