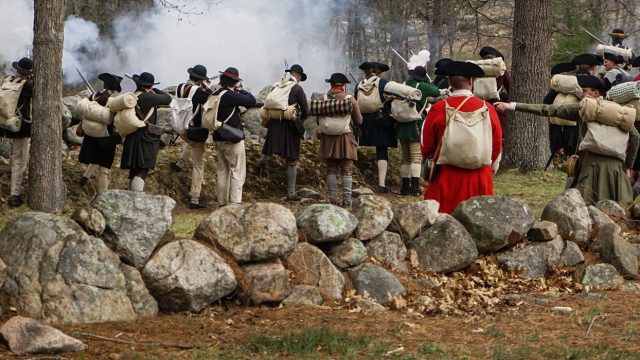 In 1992, the Park Trust loaned $100,000 to and partnered with the Trust for Public Land to help purchase the historic Perry Farm. The Trust for Public land was successful in buying the land, holding it until the National Park Service was ready to accept it.

The land was important historically to the “Shot heard ‘round the world,” the Battle of Lexington and Concord on April 19, 1775. It is along the route of the British advance to Lexington then retreat to Boston. Though the British moved along the roadway, Colonial Minutemen traversed it during their movements of the battle. The property now has a portion of its Battle Road Trail, by which visitors can hike portions of the route upon which the British traveled, and portions of the routes upon which American forces moved. Nearby is Meriam’s Corner, where Colonial troops ambushed the British as they retreated. It is where the Battle Road and Battle Road Trail begin.