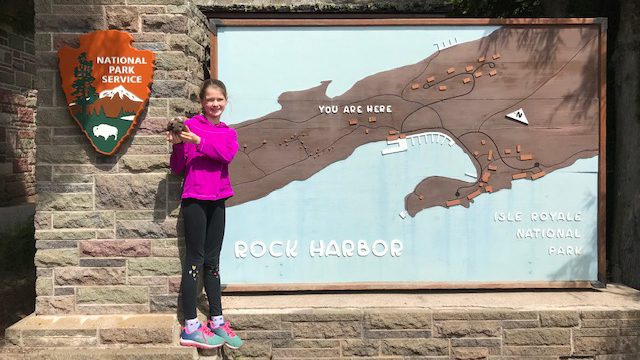 In the summer of 2017, my cousins and I took a big National Park camping trip throughout Colorado and Northeast Utah. We enjoyed the diversity of the huge Rocky Mountains, ancient Pueblan homes in the side of mountains, great-big sand dunes in the middle of nowhere, dinosaur bones, and petroglyphs. Yet my favorites out of all of those sites was Black Canyon of the Gunnison National Park. When we entered the park, all I could do was stare. The canyon was so deep and so beautiful! While talking to the park rangers and doing our Junior Ranger activities, we all learned about the canyon, how it was formed, who discovered it, and what lives there. It was amazing! The main thing that I felt during the trip to this National Park was awe.

When we went camping at Mammoth Cave National Park with my aunt and uncle, I remember being a bit afraid of what we would find in a big, deep, dark cave. Once I started learning about the caves, I began to get curious about ”What could possibly live down here?” and “How do they survive?”. I let my mind roam about all that lived down there and what other things were hiding in these massive caves that extended under roads, houses, and a big National Park. We learned that there were streams in the caves and there were blind fish living there. They had evolved and had lost their eyesight because they didn’t need it anymore. At one point on the cave tour, we all sat down and the ranger turned off all the lights. I could not even see my hand in front of me! This National Park made me feel amazed and curious.

For my Spring Break 2019, my family and I traveled to Arkansas and Missouri. One of my favorite National Park sites that we visited there was the George Washington Carver National Monument. I was really interested to learn about this great man and I felt this big respect for him. In the interesting Visitor Center and Junior Ranger activities, I learned a lot about George Washington Carver. Carver was born a slave and lived with a German American family. When slavery was abolished, he was raised by the same family and learned to read and write. Because he was sick growing up, he spent a lot of his time on the farm learning about flowers, plants, and how to make them grow better and healthier. Then he went to college and educated many others about what he had discovered and how to alternate crops. He spoke out for civil rights and was a famous leader. Learning about George Washington Carver made me feel inspired and interested.