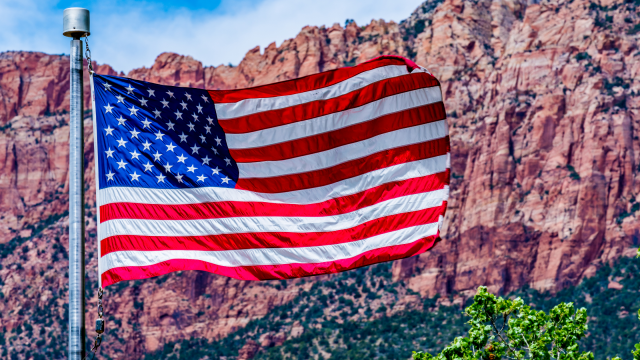 July 4th is a festive holiday! The streets are filled with parades and fireworks light up the night sky. This year, take time to remember the historical significance of Independence Day by visiting a historic park site orparticipating in a virtual event using our ParkPassport App.

Visiting historical sites and battlefields often provides a different perspective about the country’s long journey to freedom. For children, going to historical parks can have a lasting effect and help them understand what they are learning about in school, without all the lectures!

Enjoy all that southern Virginia has to offer by visiting Yorktown Battlefield, which is a part of Colonial National Historical Park. It is a great stop to learn about the Revolutionary War and our country’s fight for independence.

Another battlefield that is longing to be explored is Valley Forge National Historical Park in Pennsylvania. This is the location of the winter encampment of the Continental Army from 1777-1778. There is lots to do for the whole family with over 3,500 acres of Revolutionary War history.

If you are looking for Independence Day activities to do with National Parks during this holiday weekend, Fort Laramie National Historic Site in southeast Wyoming will be having a frontier-style Independence Day celebration. This annual event includes all-day activities for the whole family with a fiddle concert, greased pole climbing, and so much more!

For those staying home, there will be a virtual 1-hour event hosted by Federal Hall National Memorial in New York on July 4th from 1-2 pm. This free virtual program will include an interview with George Washington about his summer of 1776 when the Declaration was signed and what else occurred that summer. If interested, this virtual event will be premiered on the Federal Hall National Memorial Facebook page.

BANG, POP, SWOOSH! You can’t forget about the fireworks! While the colorful illuminations will be flying through the night sky, don’t forget to use the Park Passport app to watch the live webcam of the National Mall, which will have an amazing fireworks display! The live webcam will make it seamless for you to enjoy the D.C. fireworks if you can’t make it to see any in person this Independence Day. The Park Passport App is also a great way to retrieve more information about places to explore this upcoming holiday season or any upcoming getaway you have planned.

If traveling during this holiday season isn’t possible, here are some interesting facts about Independence Day that you can learn about from the comfort of your home.