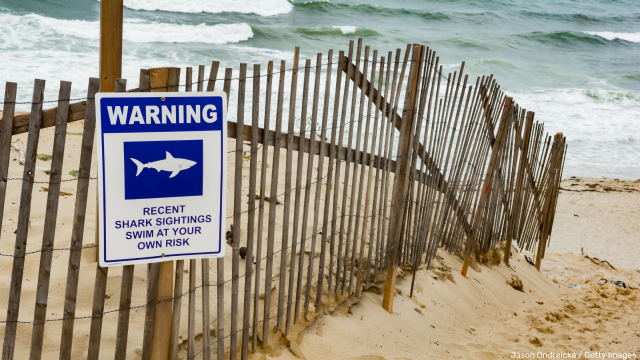 Happy Shark Week! Sharks are one of the world’s most famous predators, but how much do we actually know about them? Learn more about sharks and the coastal national park sites that help provide insight into the lives of these marine animals:

One of the best parks to learn about sharks is Cape Cod National Seashore in Massachusetts. In particular, Cape Cod is known for its population of great white sharks (Carcharodon carcharias), one of the top apex predators of the world. As predators, they fill a very important role in marine ecosystems and have a direct impact on many species such as seals and other fish. Seals make up the primary portion of their diet, and as the seal population of Cape Cod has increased in recent years, so has the great white shark population.

Many sharks would rather keep to themselves, such as the nurse shark (Ginglymostoma cirratum) found at Dry Tortugas National Park in Florida. Nurse sharks are carnivorous, but their lives do not center around hunting. According to the National Park Service, nurse sharks are the “couch potatoes” of the shark world. They enjoy spending time swimming, resting, and socializing in groups. Studying nurse sharks has helped shed light on the importance of sharks in tropical ecosystems, both in the oceanic food webs and in coral reef ecology.

While you may not see the Pacific sleeper shark (Somniosus pacificus) during your visit to Glacier Bay National Park and Preserve, they’ve made the water off the coast their home. These cold-loving sharks swim deep under the sea, some living up to 6,600 feet underwater in the oceans of Alaska. Scientists at the National Oceanic and Atmospheric Association Alaska Fisheries Science Center are studying this species because it’s a close relative of the Greenland shark, which can live for 200 to 300 years. Learning more about the Pacific sleeper shark will give scientists insight into what life was like in the ocean way back when!

Due to the fact blacktip reef sharks (Carcharhinus melanopterus) are normally found in tropical, brackish waters, the National Park of American Samoa is the perfect place to spot one. These are some of the most abundant sharks that inhabit the tropical coral reefs in the Indian and Pacific Oceans. While they prefer shallow, inshore waters; don’t fret! These sharks are seldom dangerous to humans and have been described by scientists as timid and skittish.

Although sharks are often made out to be scary predators, only a small portion of the 470 species of sharks are aggressive or dangerous to us. Overall, they have more to fear from us than we do from them. Fishing nets and shark fin markets pose a threat to these animals, as does climate change and the resulting changing ocean ecosystems. This Shark Week, we encourage you to check out one of these coastal national park sites to learn more about sharks and the crucial role they play in our ecosystems!

Interested in learning more about sharks in our national parks? The sites listed above are not the only places with active shark populations. Here are some other coastal national park sites where sharks may be present: