Fort Washington, in Prince George’s County, MD, was in operation as an active military installation (with some decommissioned periods) from 1809 through 1946 and defended the Potomac River approach to Washington, D.C. during the War of 1812 and the Civil War.

In 1814, after burning down the Capitol and White House, the British sailed down the Potomac towards Fort Washington. Knowing it was only a matter of time before the fort would be taken, the commanding officer ordered an evacuation and blew up the fort. A month later, a plan to build a new fort on the site was begun; it was completed in 1824. In 1946, after World War II, Fort Washington was transferred to the National Park Service and the grounds were finally opened to the public as a park. 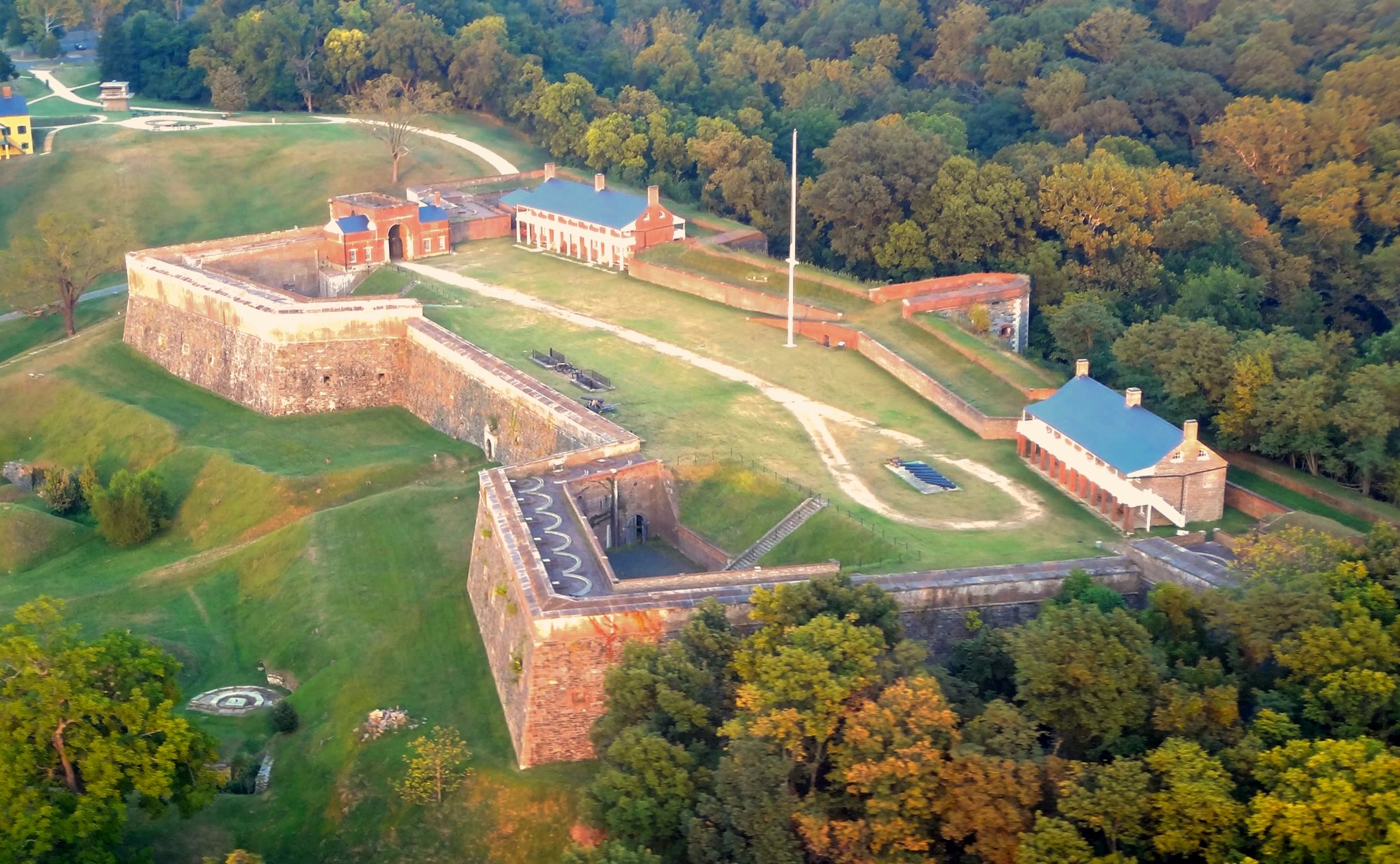