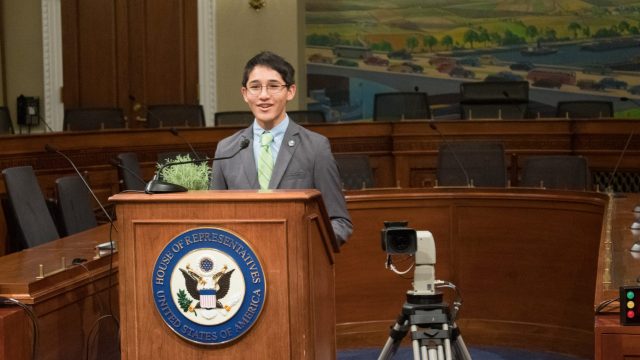 Tigran Nahabedian is 15 years old and lives in Ojai, CA where he is a 9th grader at the Ojai Valley School.

In 2015, Tigran was selected as National Park Trust’s inaugural Buddy Bison Student Ambassador and served for 4 years. Now in High School, he mentors the current 17 Buddy Bison Ambassadors and Representatives as a program Alumnus. Our Ambassadors and Representatives serve as role models in engaging the next generation of park lovers and stewards. He earned his first Junior Ranger Badge at Channel Islands National Park when he was five years old and has loved the park ever since. He has completed over 70 Junior Ranger programs so far and was the first Junior Ranger Underwater Explorer at Channel Islands National Park.