The National Park Service contacted the National Park Trust seeking help to acquire land that is part of the battlefield where, in January 1813, British and American Indian forces defeated the American army. The memory of the defeat and death of soldiers became a rallying cry for the remainder of the War.

Not only does the park tell the story of the War of 1812, but it also chronicles westward expansion and the forced removal, relocation, and “assimilation” of Native Americans that followed. In modern days, the park hosts reenactments of the battle as well as conducts living history programs to illustrate what life was like in 1813.

Thanks to a $204,000 grant from The Carls Foundation, a larger fundraising goal of $2 million was achieved that released an additional $5 million of state matching funding for the project. This resulted in a total of $7 million to purchase seven properties to expand the iconic battlefield. The project is now complete – read the press release.

Now there will be more green space for the community and continued restoration and protection of the natural riparian river shoreline and brownfields.

The park is about 75 acres, and through acquisition by the NPS and City of Monroe, green space will be created that will connect with Sterling State Park and the only international wildlife refuge in North America. Removal of old houses will allow restoration of the riverbank. The creation of a greenway will link the battlefield with the Plum Creek Wetland. The greenway will loosely follow the path of retreat of the Americans after the battle.

The park hosts reenactments of the battle as well as conducting living history programs to illustrate what life was like in 1813. Plans for the expansion of the park, through the acquisition of additional land, call for period food gardens and replica structures of historic Frenchtown on the River Raisin. 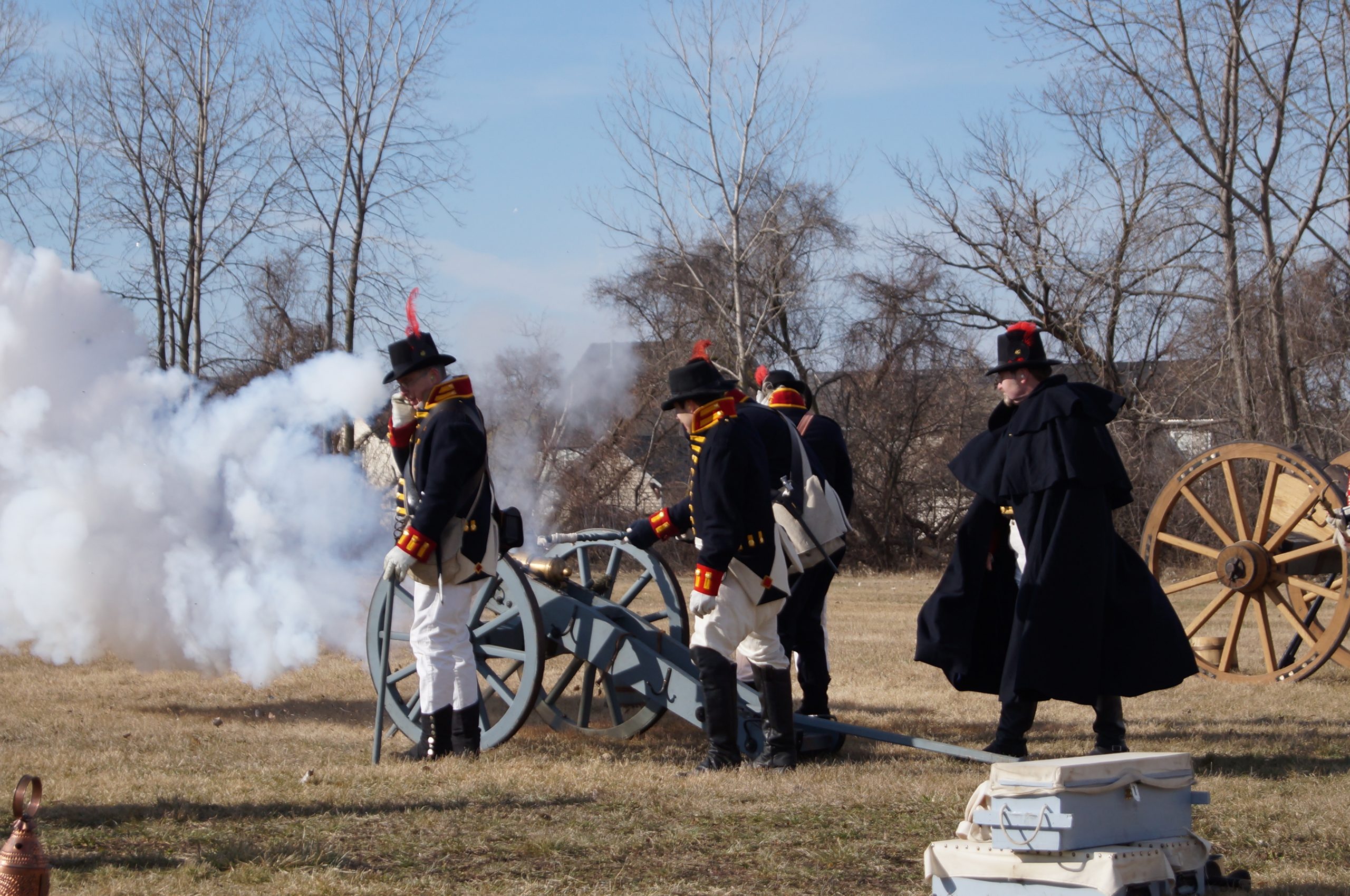